I bought a copy of the movie version of Hitchiker's Guide To The Galaxy over a year-and-a-half back. I saw it last night.
at Saturday, June 16, 2012 No comments:

I just cleaned my bathroom
I wish it got cleaner with every bath I took.
Now I'm dirty.
Time for a bath.
at Friday, June 15, 2012 No comments: 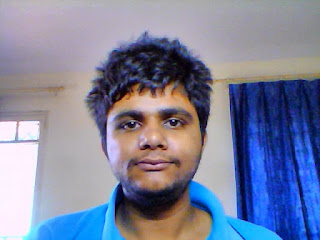 
His voice reminds me of that other guy with that soft voice... rich, young and full of life. Sounds like it belongs only in songs of love and life. Michael Buble that's who!

I heard this on the radio at work, and at the gym and I was wondering who'd sung it. It never occurred to me to Google the words "fine by me".

I got home later and it came up on the radio for what was probably the 3rd time that day and I was able to figure out who sang it.

Here's how I become obsessed with a song music: I hear a song on the radio or on another medium like TV (on the rare occasion that I'm flipping through MTV or VH1), I search for a word or two from the song (which shows up thanks to the redudant websites maintaining catalogs of the lyrics from all the songs that have been sung), I find their videos (lyrics videos if you want just the audio without the poorly directed music video distracting you) on youtube usually (unless you are using an iPad to surf in which case VEVO blocks you), replay-and-repeat-repeatedly (probably contributing  a couple hundred thousand of those view statistics). I leave them running in the background for a few weeks like so.

and I turn to them when I need them. This way I don't use up bandwidth repeatedly downloading the same YouTube video each time, and I get to listen to them when offline, while switching my system periodically (hibernating is the technical term) and giving it a rest.

Thanks to Windows 7, I've never had to shut down in weeks!

TaxSimile for making this so simple.

One thing I've really learned that I need to do is increase my taxable investments. Come to think of it, I need to start putting the money away so I don't piss it all away.

I find the whole idea of using life insurance as an investment method (or vehicle if you want to get technical) very strange. It's not supposed to be an investment. That's what the share market is for. It's a just-in-case, a contigency plan, a Plan B, a backup etc.. You better hope you never have to make a claim. (not that you would be in a position to of course).
at Monday, June 04, 2012 No comments: