Yes. That's what I'm going to be doing next.Not a big leap forward. But just to the next, slightly more usable (according to popular opinion) version of Windows. I've discovered that a store nearby will be carrying it for less than the full price on the Microsoft India web store. About 4.5k compared to 5.6k.
Let's hope I can do this soon. Hopefully before my laptop screen breaks completely. Right now it's at a point where each centimeter of swivel causes it to black out completely. So getting a picture on the screen is a delicate operation of patience and stickng-your-tongue out. (Actually, I've always wondered why people do that. Here's the answer.)
at Tuesday, July 12, 2011 No comments:

This song popped into my head when I was just waking up from a post-breakfast nap when I'd gone to Kerala a few days back. It has been playing in my head ever since... I'd forgotten the title, but I knew some of the words, and Google came to the rescue.
at Sunday, July 10, 2011 No comments:

I am now a part of yet another social nutwork.
<Insert expression expressing exasperation followed by squeals of delight and rants on geometric shapes hanging out together.>
I guess pictures inserted into emails will not show up in posts.
at Sunday, July 03, 2011 No comments:

I have a paper due tomorrow. And I haven't started on it. Infact I haven't come up with a topic to write on. Instead I've spent most of the day listening to Avril Lavigne's What The Hell. The lyrics don't seem to make sense. I think it's that opening accordion part that really gets me going. It's really upbeat. And I have a 5 AM shift starting tomorrow. I'd better stop and get started on that paper. But I'm still not sure what I'm going to be writing about.

What if they allowed you to write a paper consisting of a single chart. After all I could be saving people a lot of time by cramming a multiple of 1000 words into a single chart than a droning, lecturey type essay that went on and on.

Maybe I should try speedrunning Half Life. :)

Weird thing is that I started writing this post in the morning. And now it's 10 PM. Time to go to sleep. Yet I cannot do that. 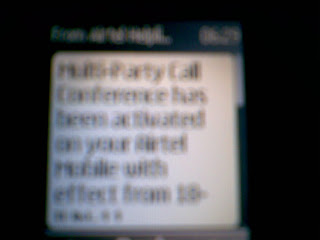 Update: They cancelled it. Reason is open to speculation.
It took them only a month to get this done.
at Saturday, June 18, 2011 No comments: 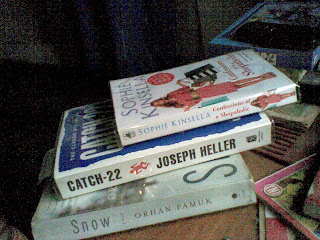 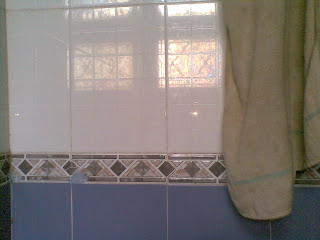 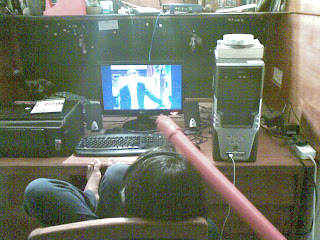 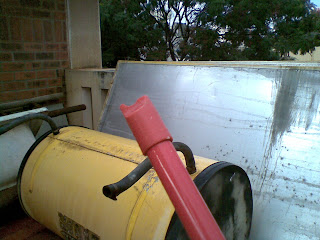 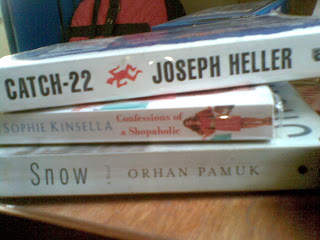 My current reading list in increasing order of possibility of completion before book is returned.

Hint: I have had Catch 22 for the past two months.

100 out of 100 people don't like being labelled 'stupid' as recent hypothetical studies have shown.

Time to change the message on my commenting system. Or even better remove commenting all together.
Any comments? :) 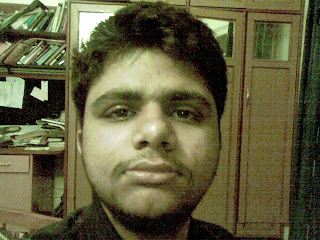 This was taken yesterday just before I left for work,

This is always how I imagined doing business.
at Friday, May 20, 2011 No comments:

I realised recently that I've got too many blogs/websites/social media outlets: one too many outlets of creative, emotional and technological frustration. Because I've been looking for that one blogging platform that will let me do what I want to do quickly and at the same time give me control over my content (though, looking at it from a less (C) ME-oriented mindset, I'm not really sure if there is anything in my ramblings that anybody would want to make use of).

So, in the 6+ years that I've been on the Internet I've experimented (read used initially with great eagerness and lost interest shortly after a few days) with multiple blogging platforms:

Blogger was the first and still continues to be today. It's the platform that I've used the longest and because I've put up so many posts here, I'm hesitant to move away from it. But with the recent upgrades and the insta-post-save to the cloud as changes are made, I'm finding it really hard to edit posts that have more than two pictures in it as each time the entire post is sent up. You can't type more than a couple of words without the Firefox window freezing up.

I started using WordPress after I got tired of seeing the blogger interface. WP has a wonderful interface but it has too much customizability for my liking. While Blogger is a Google-hosted platform, WP offers you the option of hosted instances or you can host your own since it is an open source project. I think that's also partly why I was attracted to WP.

I even tried running a WP instance from a small AMD PIC box that I still have working here. But I guess the load of running a MySQL DB and PHP-heavy software was too much for it. I got past the install stage but I could never get the admin interface to load up past the 30 second PHP page load timeout.

I have since been blogging on WordPress.com here and there. I'm still not sure why I created two blogs that pretty much sound like me (now I'm beginning to suspect that I have MPD). I like the option to email the post directly (which incidentally Blogger supports also). That works for me. I made a mistake of getting too dependent on finding novelty in the platform I was using for Blogging instead of finding new content to write about. But hey, I'm probably fascinated by new blogging platforms, I should have started a review site where I review every platform starting from A-Z.

I realise that now. Anyway, onward with the list.

Posterous: Really simple idea. Everything should be done through email.

Tumblr.: Because I wanted one.

Microsoft Spaces: This decision is something I never understood and now I regret.

Orkut: **&#*#@$&M@nuUll@$$**#^$@#$ must stop using special characters in his profile so freely because that would diminish their specialness. Also, how the hell are you supposed to find somebody named Thanakeshwar if he goes by the callsign: $up3rThankerR0llinRollinOvaUrButt. Regular people pretending they're playing HackherHackhim with stupid hacker aliases.

Jaiku: I thought it was an MMORPG where the person spewing the most 'status' would win a all-expenses paid trip to Finland. (Jaiku was eventually bought by Google and the code was open sourced).

Google Sites: Google again. And also HTML and CSS! WOW! I found out after using it that "custom-CSS" was a power feature eliminated for

My Own Status Showing Tool Hosted On AppEngine (for lack of a name).

My Thoughts On Moving To Canada

Thank you for the invitation!
I have not recieved my Canadian Visa yet. My passport has been locked away safely in my drawer here and I can assure you that it has not left there since I checked last. To be absolutely sure, I am checking once again. Yes, it appears to be there, inside with that perfectly awful photo I had to take for the passport application because the one I'd submitted didn't "fit inside the box". I keep hearing about "thinking outside the box" but it doesn't happen in the regional passport office here! That's for sure.
Back to issue. I've not booked my tickets yet, come to think of it. Hopefully some day I shall be able to afford the plane fare to that charming country of yours. I hope to see Nova Scotia, and the wonderful Prince Edward Island (just like Anne told me it would be). If your firm is willing to sponsor that, I shall be most happy to pack a change of clothes, some jammies, toothbrush and a towel (actually that's all you need really, the rest are an excuse for packing a big bag for a big trip).
Once you have assured me that you will arrange the plane fare (by handing me a valid ticket) I hope the services that come with your Basic Package can be sampled as well, although I think a family of my own is some way into the future I assure you that when our Canada-ho-wards needs arise we will consult you. I also am very pleased that the rest of my relatives on my and father's/mother's side can be included as well at a very small increment which we shall be most happy to pay you, after all you seem to have left the smallness of the aforementioned to us! The Customer Is Always Right!
I had no idea that one could be educated on the ways of life in Canada in just a 30-minute session. Maybe you will be hooking us up to one of those dream machines like in Inception, so we can explore life in Canada in a totally controlled and safe way and end up getting mugged and stabbed only to way up and find ourselves at the airport. But then again, Canada is not a place where people get mugged right? Right?
I also understand that you're going to be helping us with all the paperwork. If that's really the case I have a suggestion. Why don't you also add “pay our bills for us” as one of your services. Writing out that check is such a hassle. I don't seem to want to do it. Also while you're at it, make a sandwich.
If you're going to be getting us hooked up to cellphones, please don't get us Rogers because the Internet people told us that Rogers Sucks.

Also if I get tired of Canadian winters, will you help me move back to India? Even better would be if you could hire Lisa Bettany to photograph my adventures in Canada plus

be your appointed escort to these places? I'm wouldn't call myself the most demanding customer. But you know that I'm always right, right?